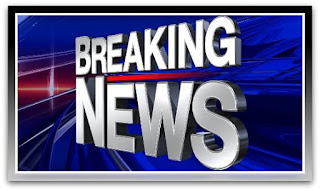 After 9/11, I became an avid news watcher.  World news, national news.  That continued for several years.  Then, suddenly, I just burnt out on it.  About the same time, I began to notice that when I saw local news that was about some tragic, untimely death of a young person, I'd feel it, mourn it for days afterward.  The same thing would happen if I saw where some working man who was a father died in a job related accident or such.   I can't even stand to hear other people talking about such as this that they saw on the news.

It did not take long for me to decide that I just couldn't handle it.  Didn't need these feelings in my life and disrupting my days.  I swore off all news, all together.  Pete has long had to watch the local news away from me.  Only recently, I have begun to sample some world news and such.

It's odd, and I don't entirely understand it.  I can hear about a large scale catastrophe and handle that in stride.  Stop to say a prayer for those affected and move on.  The burning hurt and relentless concern only comes into play with individual losses and untimely deaths.  I suppose that somehow I internalize it as if it happened to one of mine.

What about you, how much news do you watch?  Do any stories you hear effect you on a deeply personal level?