I couldn't resist jumping in on this one.  Krissy asks:

Where did you first find out about AOL blogs/journals, and what made you want to start one?

Truth be told, I must of discovered AOL Journals very near the beginning of thier existance.  We were newly online for the first time.  I followed a link from the welcome page.  I set up a journal under the screen name I had then.  Not sure how it all worked.  Uncertain of what I was doing.  But I wanted to connect with other Christian women.  The statement at the top of the journal read:  "A place to share our thoughts, feelings, experiences, testimonies, trails, etc."  Only made two entries.  Never got a comment.  This was Nov. 2004.

The only journal I found at the time, read and commented in was Jackie's Deployment Diary.   The journals were formatted very different then.  Then we encountered a trojan that was impersonating AOL.   We were very new to the internet and very green.  Too scared to do otherwise, we canceled our AOL service and went with another company for awhile until we could get our PC cleaned up.

We lost our original screen names.  I could never update that journal again or delete it.  So, in about 6 months when we came back to AOL I started this journal under my new screen name.

I still had a desire to connect with other Christian women, but had a broader goal to also reach out to those who were not Christian and to share more of my rural lifestyle with others.  The title of my journal sums it all up perfectly.

Thanks for asking Krissy!

What is it to you, this holiday called Memorial Day?  Has it become another three day weekend to escape to the lake or the beach?  Is it all Bar-b-que's and sales spectaculars?  Time off to get a jump on home improvement?

I challenge myself and each of you to harken back to the original intent of the day this year.
"Let us, then, at the time appointed gather around their sacred remains and garland the passionless mounds above them with the choicest flowers of spring-time; let us raise above them the dear old flag they saved from dishonor; let us in this solemn presence renew our pledges to aid and assist those whom they have left among us a sacred charge upon a nation's gratitude, the soldier's and sailor's widow and orphan."
The fairly recent resolution of 2000 asks us all  "to pause for one minute at 3:00 p.m. (local time) on Memorial Day, to remember and reflect on the sacrifices made by so many to provide freedom for all."
How can we remember and honor them?
We can visit grave sites and lay flowers and place flags upon the graves of the fallen.
If you have a flag at your home or place of business you can fly it at half mast until noon.
You can visit a memorial.
Aid or honor their widows, orphans or a disabled veteran.
Personally, I plan to pick some of my flowers and take to the cemetery or memorial in town and place there.  Spending some time to reflect upon their names and their sacrifice.
Don't live in the USA?  Chances are you may live in a country where some of our service men and women have died.  Join us in honoring them.  Or pause with us at 3:00 p.m. your local time Monday and honor them and your own.
Whatever method you choose, please take the time to remember and to pass on the significance of the day.

Hello, all!  Blaze had her colt yesterday morning, before daybreak!  It's a girl.  Looks just like her mama; brown with black mane and tail.  Pete says he's gonna call her Precious because "Oh, she's precious!" is the first thing both Hannah and I said when we saw her.  I'll try to rope Bubba into taking a picture with his cell phone.

Nat over at Interface is asking all AOL bloggers to post a link to thier favorite summer entry.  And that we post a link to our funniest entry.  So look them up and help her out.

This week is Teacher Appreciation Week.  My children have both been blessed with good, caring teachers.  I can't remember a "bad" one.  Some were tougher, some were easier, but they all seemed to teach them well.  Of course, now only Bug has teachers.  Hers this year seem to have helped her excell to be her very best.  Hats off to Ms. Jill Powell and Ms. Laura Kelley! 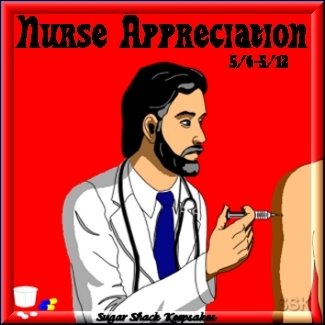 May 6th-12th is also Nurse Appreciation Week.  I want to spotlight one very special nurse.  My nephew.  Anyone who has been in ICU at St. Elizabeth Hospital has most likely had some interaction with this caring, knowledgable, warm and humorous young man.  Robert Clayon Puntes.  I have often heard others speaking of their time there and when remembering this blonde haired male nurse, they had only good things to say.

He's a real country boy.  All into the hunting and the fishing.  Two beautiful little girls for he and his wife.  I remember the day Sarah brought him home from the hospital.  Mama, Daddy and I had driven down to pick them up.  Sarah was holding him on one side of the car in the backseat.  I was against the other door and suddenly through a crack in the diaper a stream started to splatter against the door panel by me!  LOL  We all had a lot to learn about little boy babies.

He and his sister, Holly, lost their mom at way too early an age.  I remember Clay went through a time of stuttering.  The family would help him calm down and slow down when he spoke.  Finally he out grew it.  And look what he went on to become!

I don't see any where near enough of either of them.  Their work schedules and mine.  Living on seperate sides of town.  But I'm proud of how each of them turned out.  Holly has proven to take after her mama, being smart as a whip with numbers and successful in the business world.

So, Clay, and all the wonderful nurses I have known, I hope you know how important and appreciated you are.

Thanks to Sugar for her special effort to create a male nurse tag!

Funny how much things stay the same.  Three years ago on a May Sunday I was doing the same thing I'm doing today.  Frying Catfish, hushpuppies and tators for dinner.

Here's a recipe you definately need to have!:  Aunt Billie's Hush Puppies 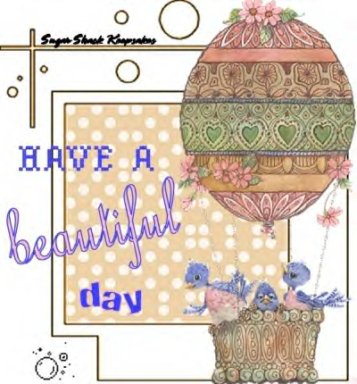 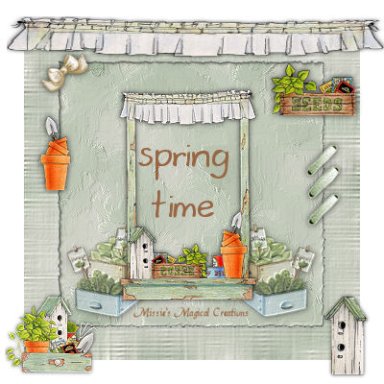 Well,  hello!  How have you been?  Come on over here in the shade and sit down.  Want a cup of coffee?
Did I tell you about Bubba?  He got his stencil at work the other day!!  Well, it's a big deal.  You see as a helper he has been able to weld on structures and pipes that wouldn't have product moving through them.  But the other day, after looking over some of his welds, his supervisor and one of the welders bestowed upon him his own stencil!  This means that now he can weld pipe with product or that product will move through.  See each welder must stencil his welds so that if there is any leak they know who did it.  Your stencil is your mark of quality assurance.  You're saying when you put on your stencil that you guaranteeing this weld not to leak.  It's proof he's good at the craft he is learning.  One more step toward being a real welder.
And Bug?  Oh, she's something!  Little stinker made a 100 on her reading TAKS test!!  Took her math TAKS last week.  Judging from the work she's been bringing home I expect her to do well on it also.  She's been playing with her miniature goat, Rosabell.  And now she has a rabbit!  It's 4-6 weeks old.   White with black markings.  She's named it Pocket.  That's because the woman who raises the rabbits had found it pushed out of the nest.  When the rabbits do that they are singling them out to die.  So the lady picked it up and put it in her pocket.  Walked around with it about a day. Then placed it back in with the others and the mama took it.
Prissy?  Well, Bug's little filly will be a year old at the end of June.  She's something else!  I need to get Bubba to make a new picture of her.  Hannah pets and rubs her all the time.  Her Dad and Uncle Ricky worked her with a rope halter/lead in the pen last week.  She did real good.  Just needs some more of that.
Blaze, the poor mare who lost a colt about a year ago, is due to have one any time now.  I hope things go better for her.  And Pete's done bred Emmy, Prissy's mom, again.  He says these two are to sell.  I'm gonna hold him to that!  He brought the neighbors boar hog down to breed our sow.  So hopefully, we'll be piggy before long.  The hens are laying well.  Don't let me forget to fix you up a carton of eggs before you leave.
And Pete can dig you up a mess of new potatoes too!  They are so pretty!  We have don't have anything else really coming in yet.  Although Pete did get a zucchini I'm going to cook to go with the lasagna leftovers tonight.
No, we still haven't gotten him into Galveston for that MRI yet.  Seems we can't get any help any where.  If we get that money the government is supposed to be sending, I suppose we'll send him down there with that.  He's so miserable and so tired of being miserable!
Yes, you don't realize how blessed we are to be here until you get away from here.  I work in Beaumont.  Always the background noise.  Up here, just the breeze in the trees, birds, crickets, frogs.  I hope it stays that way a long time yet.
Do you remember Hee Haw?   How they'd have a segment each week where they picked a town and saluted it?  Well, I am ever amazed at the many places in the world that stop by Caneyhead to visit when I check my sitemeter.  I believe I'm going to start ending each post with a salute to one of them.
Now, tell me what's been going on around your house.  How are you and yours?  Ready for more coffee?
-  Barbara
Jakarta, Jawa Barat    Indonesia   10,274 miles from Caneyhead........SALUTE!!
Recommended reading:  Scars of Hurt and Resentment .  From April 2005.
Tags: welding, goats, rabbits, colts, eggs, potatoes, sitemeter
aoljpictureUpload, aoljpictureUpload_1
18 comments: