Suppose you can call this an informative entry.  A heads up thing.  First, notice in my All About Me, there is a graphic for Breast Cancer Awareness.  It is linked to the National Breast Cancer Foundation.  Founded by a Texas woman; Janelle Hail.

At this site you can check fact against myth, find out about early detection, read up on the signs and symptoms, research or contribute.

This is in honor of my brave and beautiful friends, Jeannette and Sugar.  If you haven't had the chance yet, go by and lend them your love, support and prayers.

And while I have you here I want to give you a heads up.  I'm gonna be tinkering with my Other Journals section in the sidebar.  I want to update and organize my links according to predominate type or theme.  (i.e. inspirational, country life, family, etc.)

God bless and keep this family we call J-land.  There are so many among us facing one crisis or another.  Spouse who is ill, children with problems, loss of loved ones, financial hardships, depression.  This is our neighborhood and these are our neighbors, our friends.  Let us always be there one for another. 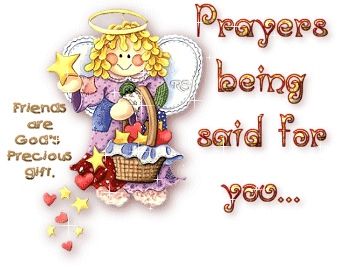 
Twenty-three years ago a slim, blonde young man of 21 was frantically shopping in Bealls Dept. store for a new pair of slacks and dress shirt.  He ran into his brother & sister-in-laws house on Roosevelt to take a shower, put on his new duds and fix his immaculate hair.
That same morning a young brunette of 23 dressed for work in the office at the lumber mill in her best off white dress.  She tucked her mother's wedding rings in her billfold and headed to work.
At noon, a red AMX squealed to a stop in front of the offices.  Out came the brunette.  The couple headed off to the county seat.  There they went into the register's office and bought a marriage license.  No blood tests, no waiting was the law of the day.
The couple made their way to Judge Pete McKinney's office, only to find him out to lunch.  So they went out to lunch themselves at a local burger joint.  Burgers, onion rings and malts swirling around inside, they went back to the courthouse.
Inside, they found Pete.  And he was willing and tickled to marry this young fellow and his bride to be.  After all, he had been the one of the boy's first employers.  The couple nervously exchanged their vows and he slipped her mother's wedding band on her finger.
The couple took off back to his brothers' house.  Whether he confided their secret plans to his sister-in-law or she guessed what was up, as there were plastic champagne glasses and one bottle waiting there for them to toast.  Pictures were made on the front porch.  The happy couple called other family members to let them know they were now man and wife.
All around everyone seemed very happy for them and very understanding of why they chose to elope.  They were older than many of their friends had been when they wed, yet they were really very young.  No idea what life had in store for them, but ready to stand and face it together.
That slim, hard as a rock young man was Pete.  That petite brunette was me.  Celebrate with us, this our twenty-third wedding anniversary. 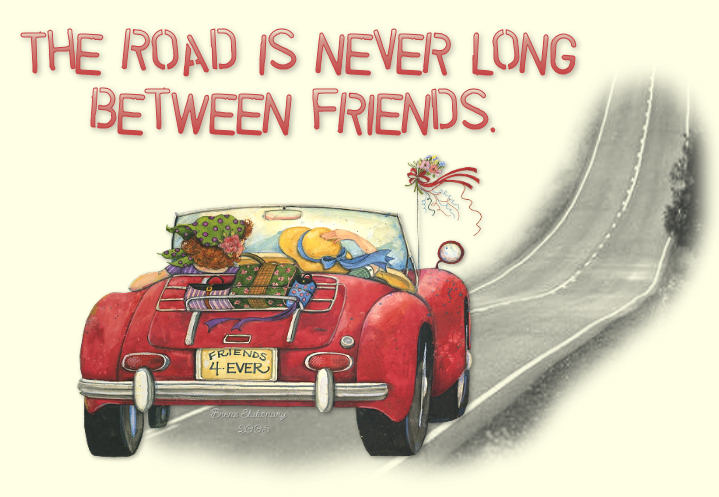 And CarnivAOL has taken to the road!  Catch this weeks edition at it's first stop:

The Light's On...But No One's Home

I GRABBED BUBBA'S CELL PHONE WHILE HE WAS PULLING A MOTOR OUT OF A TRUCK THIS AFTERNOON AND TOOK THIS PICTURE OF A PEACH BLOSSOM ON THE TREE IN OUR BACKYARD.  AS YOU CAN SEE, I'M LOOKING UP.  THIS TREE STARTED OFF SO LITTLE, YEARS AGO, WHEN PETE'S DADDY STILL WAS ALIVE.  I THINK IT MAY HAVE GOTTEN MOWED BY MISTAKE ONCE.  IT BARED IT'S LITTLE HEART OUT LAST YEAR.

WENT OVER TO RACHEL'S EARLIER IN THE EVENING.  SHE HAD A QUIZ THERE.  I BOMBED TAKING HER QUIZ.  PLEASE TAKE MINE AND SEE HOW YOU DO!

THE VFW NEEDS OUR SUPPORT AGAIN!!  THERE IS A BACKLOG FOR INJURED RETURNING VETS CLAIMS AND EVEN SOMETIMES SEVERAL MONTHS WAIT FOR APPOINTMENTS AT VA CLINICS AND HOSPITALS.  THEY HAVE A PETITION THEY want to deliver to our leaders on March 20th, the 4th Anniversary of the war in Iraq, so THEY need all signatures by March 6th.   PLEASE ADD YOUR NAME!

AND, HAVE YOU SEEN THE NEW AOL BLOG PAGE?  PERSONALLY, I LOVE IT!  ESPECIALLY THE NEW SECTIONS WHERE THEY LIST THE MOST COMMENTED IN BLOGS OF THE LAST DAY AND THE RECENTLY UPDATED BLOGS LIST.

GUESS THAT'S ALL FOR NOW.  IT'S LATE AND MY MIND IS TIRED.  HOPE YOU EACH HAVE A BLESSED SUNDAY!