T'was the month before Christmas

When all through our land,

Not a Christian was praying

Nor taking a stand.

See the PC Police had taken away

The reason for Christmas - no one could say.

The children were told by their schools not to sing

About Shepherds and Wise Men and Angels and things.

It might hurt people's feelings, the teachers would say

Yet the shoppers were ready with cash, checks and credit

Pushing folks down to the floor just to get it!

CDs from Madonna, an X BOX, an I-Pod

Something was changing, something quite odd!

In hopes to sell books by Franken & Fonda.

As Targets were hanging their trees upside down

At Lowe's the word Christmas - was no where to be found.

At K-Mart and Staples and Penny's and Sears

You won't hear the word Christmas; it won't touch your ears.

Are words that were used to intimidate me.

On Boxer, on Rather, on Kerry, on Clinton!

At the top of the Senate, there arose such a clatter

To eliminate Jesus, in all public matter.

And we spoke not a word, as they took away our faith

Forbidden to speak of salvation and grace

The true Gift of Christmas was exchanged and discarded

The reason for the season, stopped before it started.

So as you celebrate 'Winter Break' under your 'Dream Tree'

Sipping your Starbucks, listen to me.

Choose your words carefully, choose what you say

Please, all Christians join together and

Wish everyone you meet

Christ is The Reason for the Christ-mas Season!

Saturday Six on Sunday & Other Things

I cannot believe I have not posted since September! What's been happening? A lot and yet nothing really. I've been on the computer less, part of my new priorities. And when I've been here I've been making an attempt to spend more time reading YOUR blogs than writing in mine. I had my six month check-up with my doctor who said all is well. Tell that to my body! Things have been busier at work it seems. Hubby has been working with his brother on a porch and garage for his sister. It's been very demanding and hard on him physically, but he is loving it in every other way. I tried to participate in a 30 year class reunion only to find out there wasn't really one.....but one party I was unable to make. Took the Bug to town and saw King Krunch the monster truck perform. He did a good show. Have enjoyed a lot of cooler weather and some nice fires out under the stars. And just last night my hairdresser, Pete, gave me another awesome color job. Bye-bye grey and hello Barbie's natural shade. So, all in all, life is good and I am blessed. 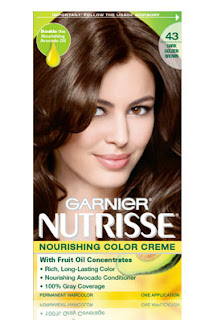 I saw where Donna had played along with Patrick's Saturday Six and decided I wanted to as well. Here are the rules if you feel so inclined as to play along, too.


Here are this week’s “Saturday Six” questions. Either answer the questions in a comment here, or put the answers in an entry on your journal…but either way, leave a link to your journal so that everyone else can visit! Permission is not granted to copy the questions to message boards for the purpose of having members answer and play along there. Enjoy!

1. What is the last thing you purchased for yourself, other than basics like groceries?

That would be a pair of socks and a bottle of Amarige by Givenchy. But then the perfume was as much or more for Pete than for me. As it is his favorite scent. ;o)

2. What is the last thing you purchased for someone else?

A package of socks for Pete so he isn't always looking the dryer for socks.

3. If you were to win a lottery, what is the first charity you’d donate to?

Definately the first would be a tithe of it to my church.

4. If you won that lottery, what is the first “luxury” you’d buy for yourself?

Would have to be a new comfortable yet fuel effecient car. My Taurus needs replacing.

5. Take the quiz: Do You Put Yourself First or Last?

"You Put Yourself First
By putting yourself first, you're actually not being selfish. You're just being realistic.
You like to help others as much as the next person... maybe even more. But you know you need to be at the top of your game in order to really give back.

You take good care of yourself, and you have learned the art of tactfully saying "no." It's all about balance.
You try to stay away from people and activities that drain you. You prefer to save your energy for those who really matter to you."

I think I've just got back to putting me first or near the first after way too long of trying to do it the other way around. I've found people don't appreciate martyrs and at some point you just run out of anything worth while to give if you don't care for yourself and fill yourself up.

6. When is the last time you spent an entire weekend putting yourself first?

An entire weekend? I don't think I really need that much at one wack. A morning or afternoon or chunk of an evening is just about right. But that would probably be the last time my whole bunch went to the deer camp together.

It's been fun to play. And good to be back. Hopefully I'll not be so neglectful of my little spot of cyberspace in the weeks ahead. But then, who knows what the days will hold.
8 comments: