Recently read a post entitled Wanna Feel Old?  Read the Beloit College Mindset List. .  While I can't say that it actually made me feel old, it did make me reminiscent of an era that has passed.  My thinking ran and ranged from childhood memories, to my own experiences with technology, to my children's and their friends' craving to be instantly connected to one another 24/7.

that came with a new VCR, free for a year.  At the actual time we got it, there were no stores in our town at which to rent a movie.  We had to make 25 min runs to a nearby larger town to rent VHS tapes.  Needless to say, we didn't use it much at first.  But before the year was over, there was a video rental store at the end of our road.   We used it more, our free year ran out, they wanted $1000 for it, so we said thanks but no thanks.  Four or five years later we bought one second hand.

In that case we were ahead of the crowd.  Other times we've lagged behind.  In the 90's Windows and the www started spreading all over.  Average folks were buying computers, going online.  In 2004, Pete brought home our first computer.  A second hand one from where he worked, running Windows 98.  We knew nothing about PCs.  Turned out it had no sound card, no modem and only a 3gig hard drive.  Now, we have almost 6gigs of music alone on our PC!  But it gave us our first glimpse of the www and gave Bubba the Office tools he needed for high school.

Phones.  When Pete and I married we were on a  3 party-line with rotary.  Within just a few years we were the only ones on the party line, but our rates were locked in.  We never upgraded to touchtone, just to keep our party line.  Once, when Bubba was small, a man from AT&T called trying to get us on caller I D.  Well, that would mean upgrading and more $ per month.  And as interesting as it might be we didn't really need it.  And I had a hard time making him understand why we didn't need it.  In fact, he got down right mad at me.  The conversation went something like this:

He didn't make his sale.  We moved later and with new service lost our party line rate, and while all new installs are touchtone, we still have NO extras at all on our line.  Our phone bill is approximately $25 a month...what's yours?

A couple more background tales, and then I'll proceed with what I came here for.

.  One of his little friends asked him what the phone number was there.   Bubba told him there was no phone. As their conversation continued, this little fellow couldn't imagine that we were going to a place with no phone, no running water, no electricity.  Just coal oil, firewood, butane and crickets.

A few years later when he was in Jr. high, some of my co-workers were decrying the $100+ they were having to spend on their students shoes.  They couldn't believe Bubba wore $20 Wal-Mart shoes.  I explained my reasoning; one, his feet were still growing.  Two, he was very rough on his shoes.  Third, his daddy earned his living in a pair of $120 Red Wing work boots

....there would never be a day I'd spend more on his shoes than the ones that provided for him.

Now, I'm getting around to it.  Bubba reached high school.  More and more friends had cell phones.  Once again, there was no need, no point in him having one that we could see.  There was a pay phone in the school lobby.  If it were a crisis the office would call.  To and from school he was on the bus.  Then he was at home where we have our highly dependable land line. 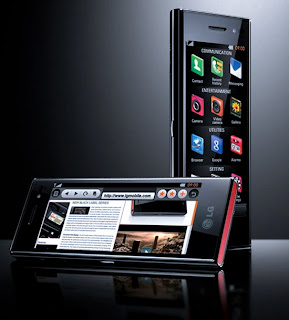 Eventually, Bubba worked enough and made enough at odd jobs and on breaks that he had his own spending money.  At first he used a lot of it to buy camouflage and other higher priced clothing.  Then he got into car stereos, amps and speakers.  Once he had his job at the feedstore and steady income, he got himself a cell phone

.  Bully for him!  That's fine.  I have played with it and used it to make pictures to use on the computer before we had a digital camera

.  We have borrowed it when we were going on a long trip and calls back to home would normally be long distance.  There's times we've been worried about him and found it reassuring to call and know what was going on.  After the hurricanes, he had service before we had our land line back.

Technology in and of itself is neither good nor evil.  I believe God gifted man with intellect and skills to think, design, and craft things to help him explore his world, solve problems he encounters, etc.  But as Bubba reached his later teen years, my heart has cried for him and his friends and this whole must be instantly connected every moment of the day generation.  They rob themselves, cheat themselves, and often hurt one another with the likes of cell phones, texts, im's, MySpace, Twitter and such.

They assemble together in twos or in groups.  There they are, face to face.  Time together with a good friend, a date, their buddies.  But they are constantly interrupted and caught up in outside contacts via their technology.  Conversations aren't as deep as they could be, there's no time to just chill and share silence together.

They make mistakes like every generation.  They hurt a friend, break-up, etc.  They make unkind comments, a joke goes too far.  There's anger. They have no time to be alone and reflect.  To cool down.  To feel sorry.  To miss someone.  To think for themselves without constant input from other persons and sources.  To pray.  To cry.

I feel fortunate because I know what it is to wonder for hours or days if he really liked me.  That I've had time to kick, scream, cry, calm down and see things from someone else's point of view.  I've had long, rambling conversations with friends and family without distraction.  I've had the excitement and anticipation build to a fever pitch waiting to share good news or a surprise.

I'm thankful that my children, though they may use social media far more than I ever have, have also experienced life lived slowly.  May their souls remind them of that when they need to unplug, wind down, recharge.
10 comments:

Seems that recently an anniversary came and went.  One for AOL's now defunct journal (blog) community.  It was known to those who participated there as J-Land.  And it was a place unlike any other I have come across on the web.

I stumbled upon it quite by accident.  Read a few journals and thought "this might be for me, the medium I was looking for".  Back then, April 2005, Pete worked full time and I was a full time housewife.  I was looking for a little social interaction with other women and an outlet to share my faith and experience in Christ.  I found so many warm, real people there!  A mixture of evangelicals, Catholics, atheists and a sprinkling of others.  The wealthy, the poor and a big slice of middle America.  With a smattering of blogs from the British Isles and elsewhere.  There were entries of the daily grind, life's tragedies and celebrations, thought provoking issues, cartoons.  We became friends there.  Extended family.

We made fun of AOL (AOhell), made suggestions to AOL.  They tweaked and tried to listen.  Tried to be as involved in our community as we were.  Then one day someone said journals weren't profitable for AOL and we were asked to move or save our materials.

Most of us came over to blogger.  Some gave up blogging all together.  A few looked for other hosting.  As devastating to the community as the move was, I don't think it impacted us as much as the fast rise of other social media, like Facebook, did.  I, too, tried it but soon tired of it's nonsense games and short, quick status updates.  It was like a steady diet of candy instead of meat & potatoes.

So much has changed.  Among ex J-Landers, here on blogger and in my own life.  I had a son entering high school and a pre-schooler, now I have a young man and a girl going into middle school.  Pete & I have slowly changed places with me working full time and he at the house, doing what he can, waiting for answers to his health issues.


But one thing has not changed.  No, two.  I'll never forget J-Land and the folks from there that have helped, encouraged and enlightened me.  And I still love this medium first and foremost on the web.

The Most Important Question

I've heard it put that the most important question in anyone's life, religion, philosophy, etc. is "What do they do with Christ Jesus?" My dear friend, Carolyn, has recently made a post that will help you explore that question and others. It is my prayer and hope that all who see this will go on over and read her words. "Who Do You Say I Am?"