Our simple little country road has been plagued by pretenders of late.  People in trucks who apparently have never learned to drive in real mud, or whose truck is too wimpy to drive in real mud.  People who think it is something to hang one side of their truck over into the ditch after a rain and spin all they can.  Digging deep ruts on each side of the road.  Spraying their trucks with mud so they can drive them down the other roads and feel like a somebody.  Wanting to make people believe they have been on a big mudding adventure out in the woods somewhere.  To feel like a big man.

They are pretenders, fakes.  Disrespectful law breakers and county property damagers.  See for yourself. 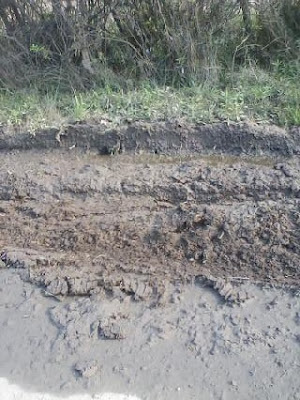 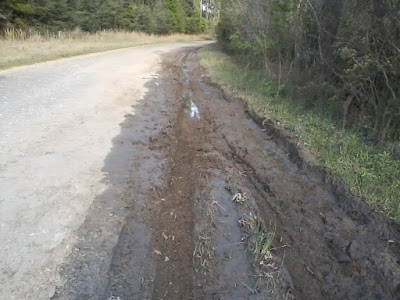 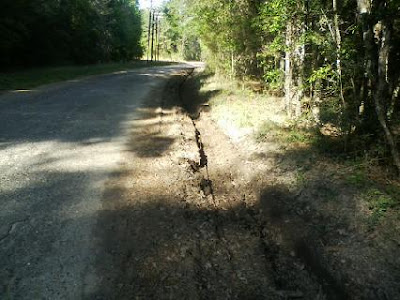 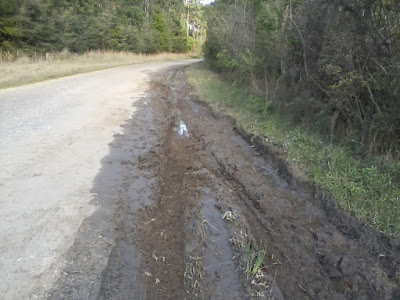 Most folks around these parts have been mudding.  Really mudding.  In a hunting club, down a pipeline or right of way.  Off the road entirely.  Where it matters, where it counts.  It can be a lot of fun.  This however, is overgrown, naughty children out of control.

Have you ever encountered similar problems?