Of Morons and Blasphemy 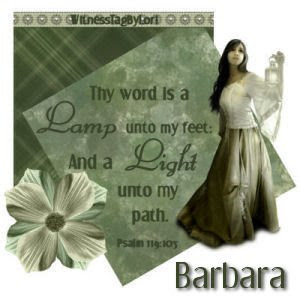 Last night I found myself sitting down on the couch just to relax and chill a little before getting into bed. You ladies know what I'm talking about! That wonderful time of day when you can go "whew!" and put your feet up knowing what you had to do is done and everyone that might holler "Mama!" is in the bed.

Pete mostly watches the satellite. Movies, western channel, discovery. But he does like to catch Jay Leno. Last night he was tuned into him. His guest was Bill Maher. That political comedian. Well, I was there and listening. I found most of his jokes and commentary to be about grade school level.

And then he proved he was a moron. He mentioned the gay marriage thing. And then went too far. He said Jesus never spoke against homosexuality. He even went on to espouse the heresy that Christ was a homosexual! He eluded that the "law" of the Old Testament was archaic.

This man doesn't know or understand the Bible. This man doesn't care that he doesn't. He's just out looking for applause. Attacking anything and anyone in an absurd manner to cause a stir, get a laugh.

What disturbed me as much as the slander against Christ, was the fact that the audience bought into it. Enough to gawph and slap their legs and elbow each other. The Bible tells us truth shall be known as lies and lies as the truth.

What disappointed me no end was that Jay Leno didn't look shocked or try to play it down or make any other motion to corral this scoundrel. Once upon a time, a host would have ejected a guest over such an insult.

God lay down His law in the Old Testament. He made very clear how He felt on homosexuality. He destroyed a city over the fact they had let it and other sexual sin run rampant. Jesus didn't have sex with a man or with a woman. He was not married. He would have been breaking the Law of God. Had he of done that, he would not have been the spotless Lamb to atone for our sins. If you say Jesus was homo or had a woman on the side you are denying who HE said HE was. You are calling him a liar and a fake. Make no mistake!

As to the Law, Jesus himself said he came not to change the law or do away with the law but to fulfill the law. If you find the words from His mouth that cancels out any, please email me the Chapter and Verse. What Jesus DID do was to make clear that following the law is an act of love and that you can't follow the law if you love not. Love is not what the world tells us today; where you quietly go along with anything a person does and nod and say that's okay. Love sometimes says, "Whoa! You are going too far. You are running wild. You are headed for disaster and ruin." Love doesn't accept low living from others....love says, "Look here, let me lift your eyes up and help you to live fuller, richer, to your best potential." If you want to love me as the world says you should love, do me a favor and don't! I'd rather have an enemy. An enemy would come nearer bringing out the best in me than one who loved me with that sick, crippling, kind of love. I want someone to kick my butt when I need it. To expect something worthwhile from me.

Jesus also condemned in harshest terms those who twisted the Law and the Word of God for their own advancement. He reckoned them to snakes. And he condemned the practice of thinking yourself better than others. Being smug and pious. Like you Bill.

Go ahead America, laugh yourself to death, straight on your way to Hell. May God have mercy on your souls.